31 DAYS OF COFFEE MUGS: The Muppets Most Wanted Coffee Mugs

Woo Hoo! Along with the new Muppets movie The Muppets: Most Wanted came a handsome new new line of coffee mugs from Disney.

On this page, celebrate your love of this very successful movie franchise that started many years ago with a humble man by the name of Jim Henson, which now continues on with the hugely successful movie company, Disney. A Muppet coffee mug is an affordable, practical and personal gift idea for anyone who is obsessed with The Muppets! 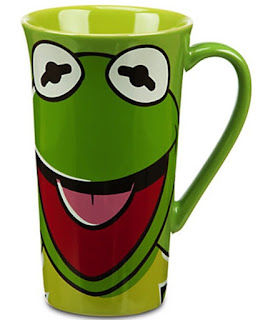 
There is no question in my mind that Kermit the Frog is Jim Henson’s most popular Muppet character though some would argue that Miss Piggy ranks right up there, too. Kermit the Frog was introduced to the world by Henson in 1955 long before The Muppet Show and Kermit eventually went on to star in many programs including but not limited to The Muppet Show and Sesame Street. More recently Kermit and the whole gang have had a comeback led by the Disney Company that has included two very successful movies, The Muppets and The Muppets: Most Wanted.This Kermit the Frog Most Wanted coffee mug is a simple, affordable way to show you love Kermit the Frog, the little green guy who brought us the Rainbow Connection and so much more. Find Kermit on Amazon by clicking right here. 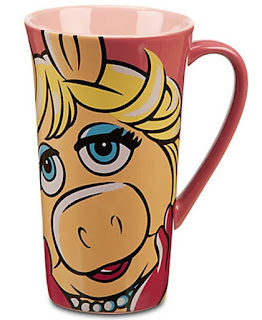 
Miss Piggy started out with a small role on The Muppet Show but, as you all know, her role is now as big as her personality. She is one diva of a pig. One who loves the limelight and will stop at nothing in pursuit of what she wants. She is, as Frank Oz who played her in The Muppet Show said, “A truck driver wanting to be a woman.”If you relate to Miss Piggy in any way or simply desire to have every Muppet in your coffee mug collection, you will want to own this mug in which the starlet is, as usual, very pretty in pink. Find Miss Piggy on Amazon here. 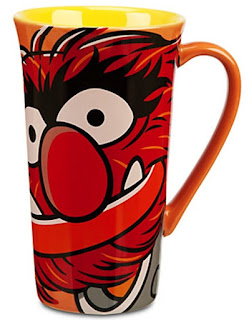 
Wow! Animal is not to be missed physically or visually and nor is this coffee mug. It's brilliant! Animal is the CRAZY drummer originally from The Muppet band Dr. Teeth and the Electric Mayhem and was created by Michael Frith. Wikipedia says that Animal first appeared in 1976 on The Muppet Show. Whether you think of yourself as an animal or not, this Animal-themed coffee mug is a simple, affordable way to show you love the crazy red Muppet drummer. Find Animal on Amazon here. 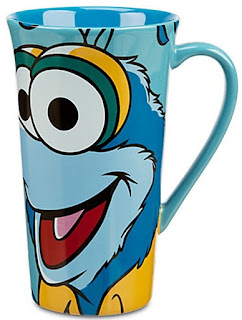 
Although I think of him loosely as Gonzo, Gonzo is actually The Great Gonzo. Gonzo appeared first in 1970 in a Christmas program called The Great Santa Claus Switch. Like Miss Piggy, he started as a minor character but has grown to be much more than that.There's something special about Gonzo. That might be because he's a puppet NOT based on a human being or an animal. If you like him because his physical attributes, which include blue fur, purple feathers, bug-eyes and a hooked nose, make him different, this is the mug to add to your collection. Find Gonzo on Amazon here. 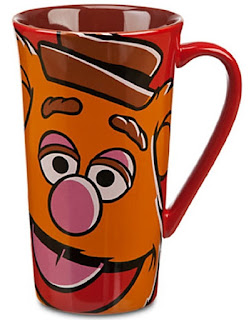 
Here’s the comedian of the bunch. Fozzie is a great big fuzzy teddy bear of sorts who, like Miss Piggy and Animal, also made his first appearance on The Muppet Show. He’s a stand-up comedian whose jokes, well, often just don’t work. If you’re inclined to crack jokes whether successfully or unsuccessfully and you like repeating Fozzie’s trademark "Wocka Wocka Wocka," then this is the Most Wanted coffee mug for you. Find Fozzie on Amazon here.

Which of these Muppets Most Wanted coffee mugs do you like the best? Is there a Muppet mug in your future?

A note. When I first wrote this page in 2014, these mugs were readily available and affordable. Of course, once they go out of production, they become harder to find and more expensive.  If the links shown above on this page do not lead you to a successful buying opportunity on Amazon, use this link to check out all of the Muppets Most Wanted coffee mugs on eBay. Good luck to you in your search!

You never know
what mugs I might
have in store for you!
Brenda


More Reading About The Muppets:

Note: As an Amazon Associate I (we) earn from qualifying purchases.