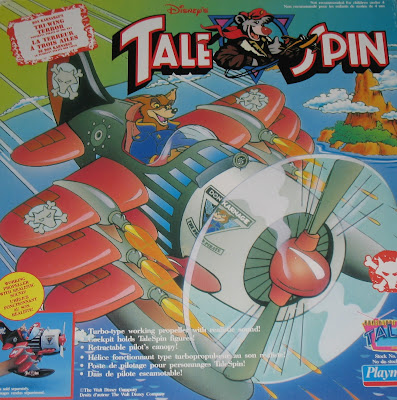 Disney's Tale Spin was an animated children's television series that aired for two seasons in 1990. It featured two main characters: Baloo who we know from Disney's Jungle Book and Kit Cloudkicker who went on plenty of adventures that included air pirates, one of whom was Don Karnage.

In 1991, Playmates released a series of figurines and toys including as shown on the left, Disney's Tale Spin Toy Plane called Don Karnarge's Tri-Wing Terror.

Don Karnarge's Tri-Wing Terror included a "realistic" sounding turbo propeller, which I believe you had to manually turn to hear, a gun sight, a retractable pilot's canopy, aerial attack guns, tri-wing design, detachable bombs and high-flying pontoons. New but in an open box, Don Karnarge sold from the toy department of my eBay store for close to $200.

The Tri-Wing Terror is just one of a number of Tale Spin toys that are rare and sought after, fetching good prices on eBay. 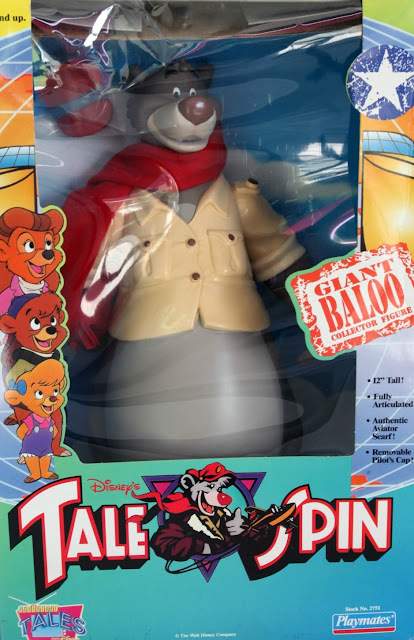 The Giant Baloo Collector Action Figure shown here sold for more than $70 through the eBay store Tootsie's Toys, who is no longer selling on eBay. 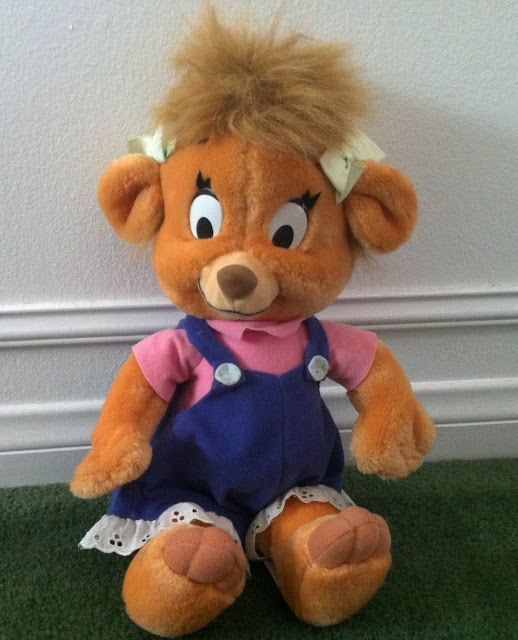 And eBay seller reddogedwards found a happy collector for The Molly Cunningham plush toy shown above, who was willing to pay more than $1,000 for this prized memory from the 1990s.

Not all of Disney's Tale Spin toys are so valuable. There are plenty of items that are affordable, like pins, comic books and McDonald's toys, but there are also a few really special pieces, like those sold items shown here on this page. You can see for yourself a huge selection of Tale Spin merchandise right now by clicking right here.

You never know what
I might have in store for you!
Brenda

See what new, used and vintage toys are in my eBay store.