WHAT'S THE HISTORY OF THE FANNY PACK? 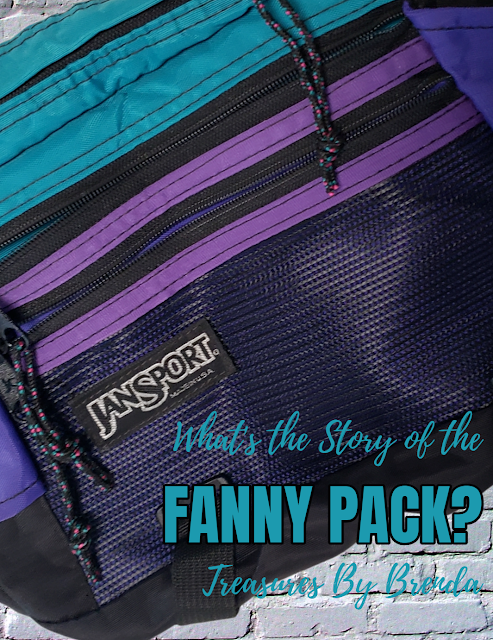 For those who don’t know, a fanny pack is, quite simply, a bag that originally was worn fastened around your waist but which can also be draped across your upper body. The bag is, however, known by many other names including waist pouch, hip pack, belt bag and bum bag. If I recall correctly, I reluctantly called mine a fanny pack so that is what I will call them here on this page.

According to The Globe and Mail, Adweek Magazine declared fanny packs as “the hottest product of the year” in 1988 and yes, I used one during their height of their popularity in the 1980s and 1990s. As a matter of fact, I still own my original fanny pack though I have not worn it in a long time because it is a bit big and was, for many years, out of style.

Mine original pack is blue, made by XYZ and of a rather simple design. It is not interesting at all like the vintage Jansport, Patagonia or Spyder waist pouches that were made in multiple color combinations and that are available now.

I think that these bags really are a great product keeping what you needed at hand and relieving your shoulders from having to carry a purse. It was interesting, therefore, when I discovered that they, in both new and vintage styles, have recently had a resurgence in popularity.
Vintage Jansport fanny pack shown above is
from the eBay store of 3r_esposa
and can be found by clicking here.

Fanny packs have definitely had their share of moments in the limelight.   In the 1990s, on Seinfeld George said of a fanny pack that it "looks like your belt is digesting a small animal.” In 1996, Dwayne Johnson "The Rock" wore a fanny pack in a Vogue magazine article. That picture has never been forgotten. In 2015, actor Jared Leto was photographed wearing a fanny pack on the beach and went on to sell them on his brand’s website. In 2017, Leonardo DiCaprio wore one on his vacation in Thailand. 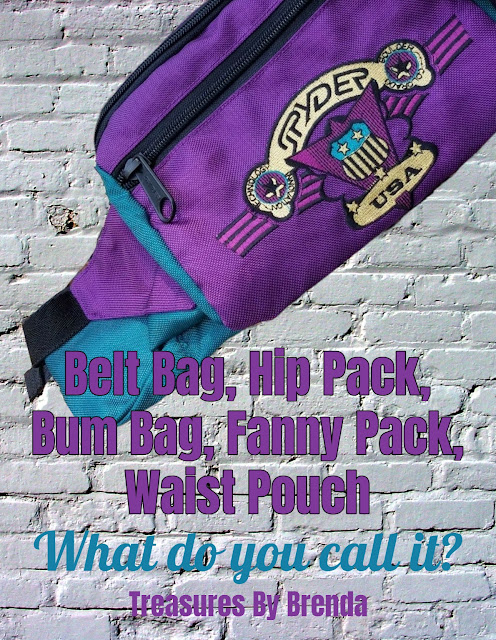 Vintage Spyder fanny pack shown above is
from the eBay store of reserve-76
and can be found by clicking here.

Do you wear a fanny pack and, if so, what do you call it?